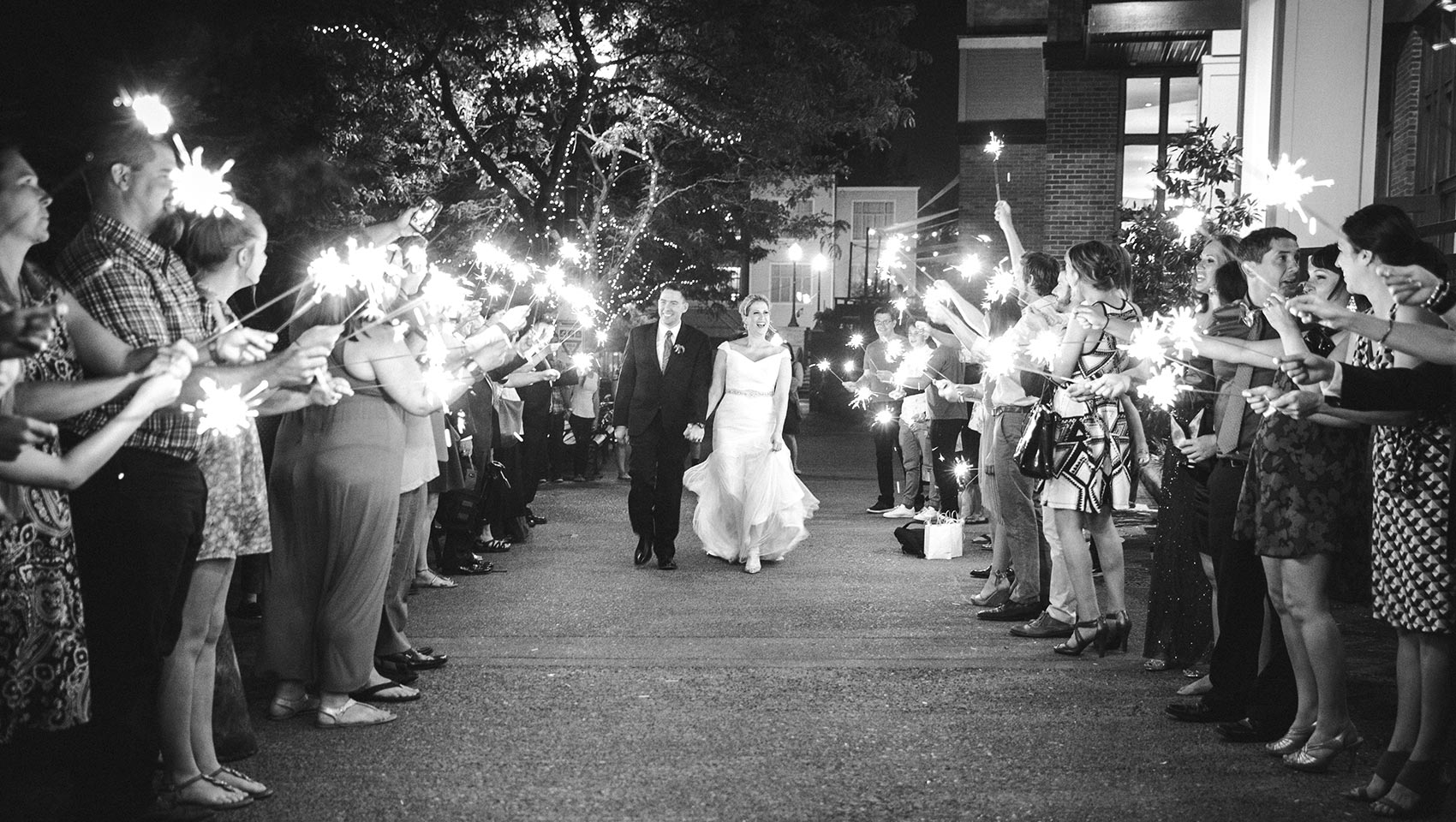 We all know by now to expect life’s unexpected curveballs; however, Erin and Brandon, a karaoke-loving couple set up by a mutual friend, certainly never could’ve predicted their wedding plot twist. The restaurant buy-out they had planned for announced its closing three weeks before the big day. Thankfully, though, Kimpton RiverPlace Hotel came to the rescue, helping to quickly assemble a seamless day—from start to finish. The couple credits Kimpton RiverPlace’s Josh for easing their transition to an event entirely different than what they had originally planned. Brandon says, “On the wedding day, [Josh] was a ninja. If he wasn’t working behind the scene, he would appear at our side and bring us food, drinks, making sure we were doing OK.” The guitar-accompanied ceremony took place on the lawn, overlooking the yacht club and two of Portland’s bridges, and the reception was held in the “unique and beautiful” ballroom. Their overall assessment of the day? “Just perfect.” 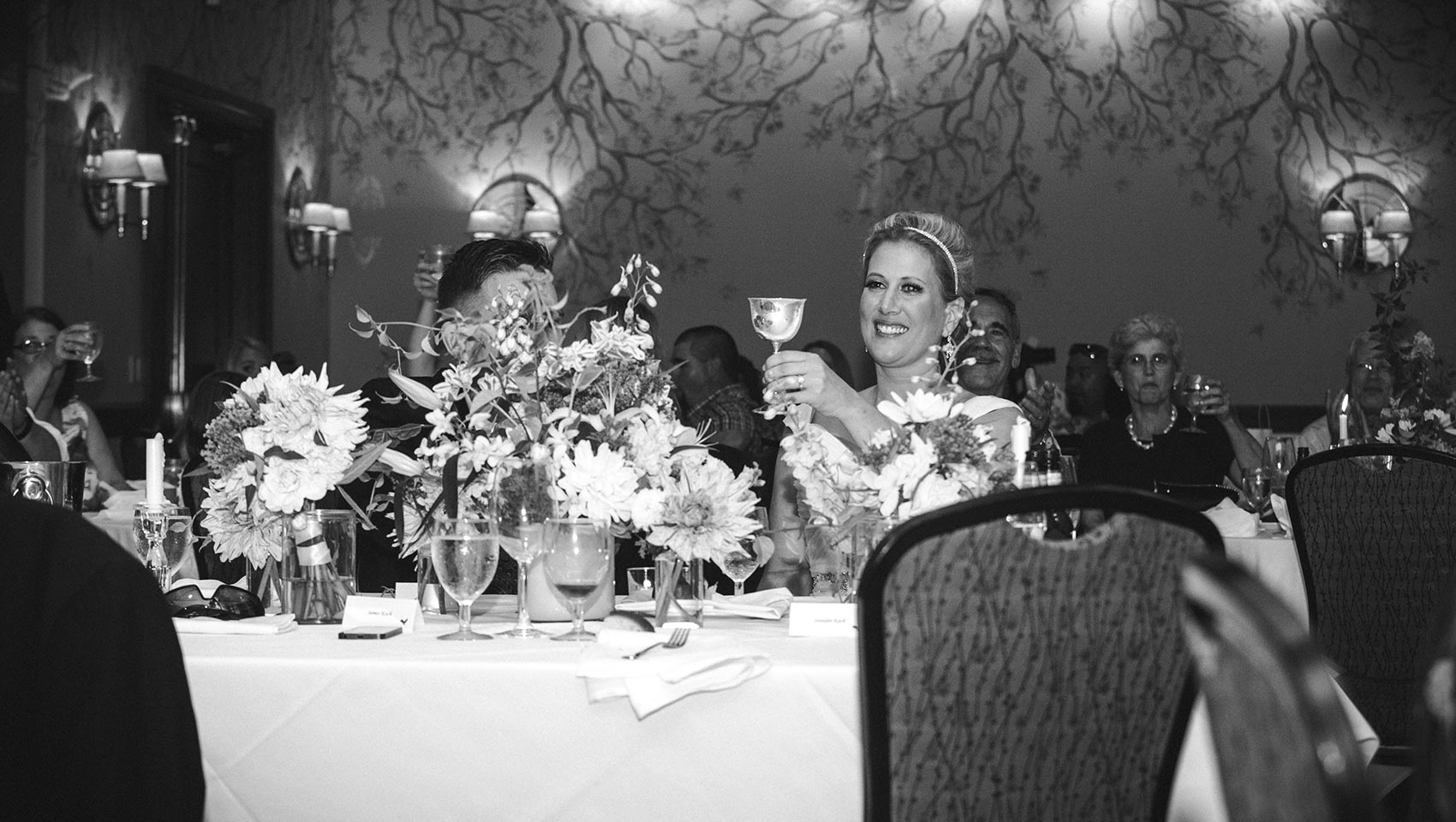 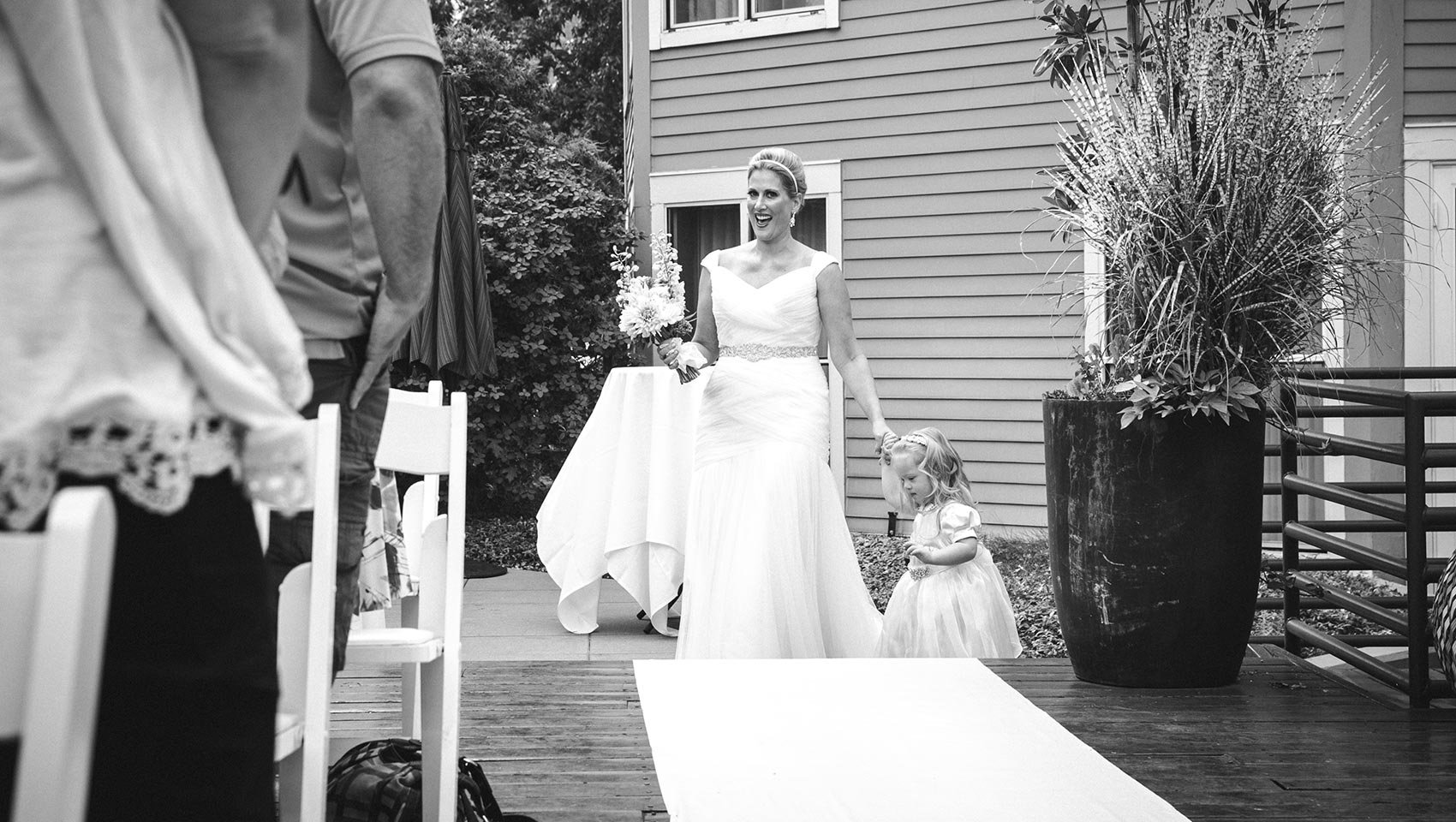 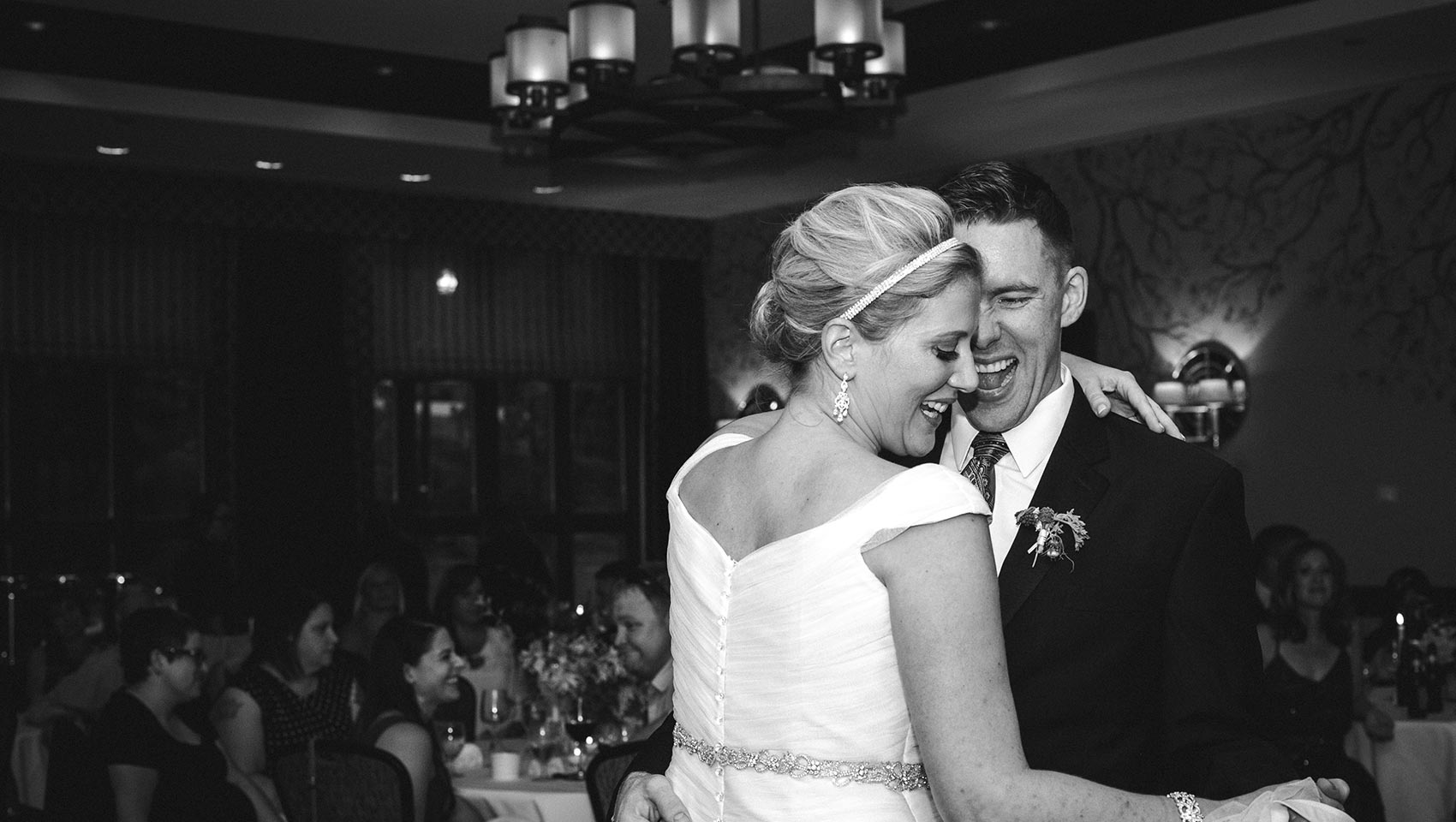 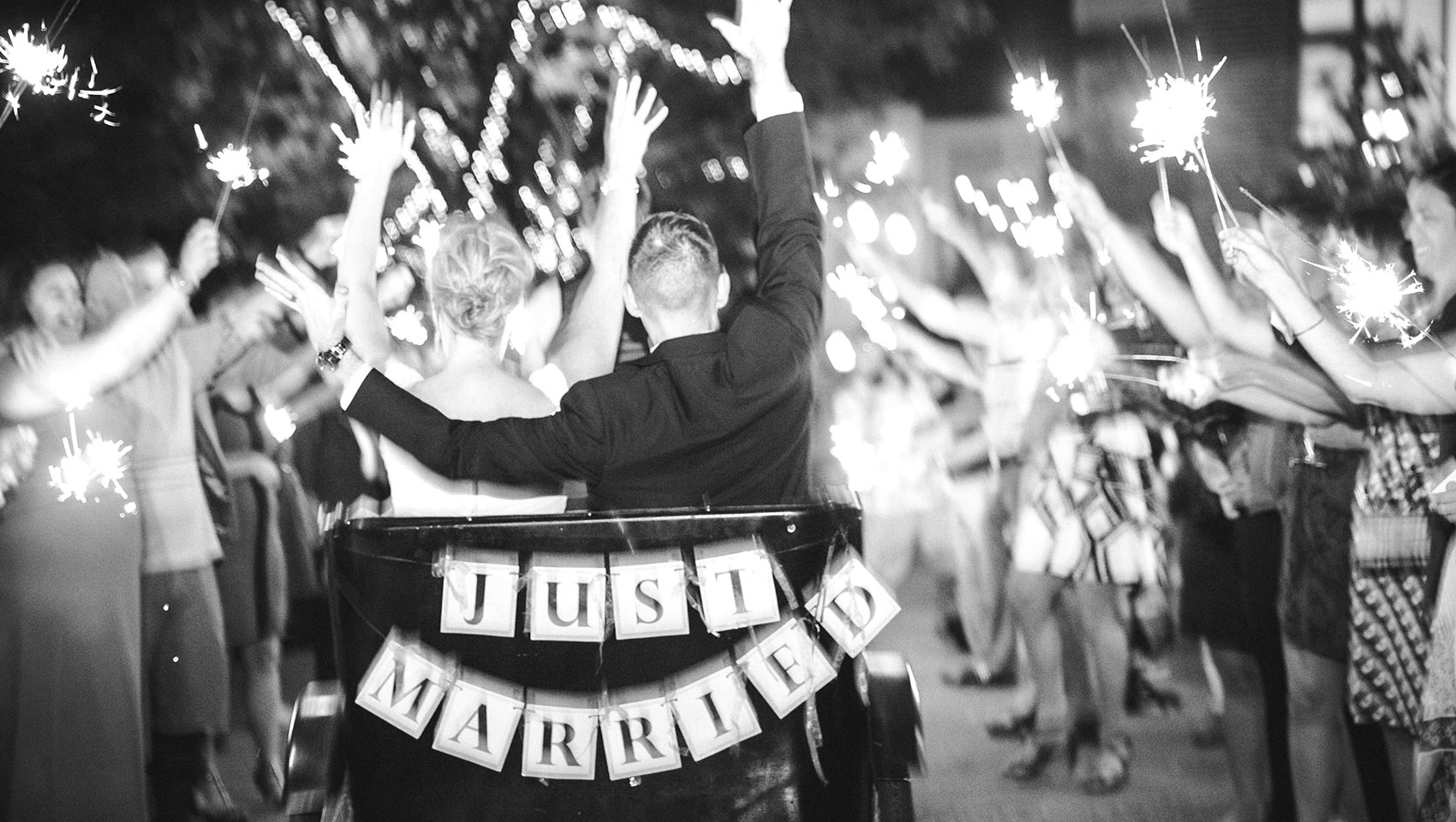 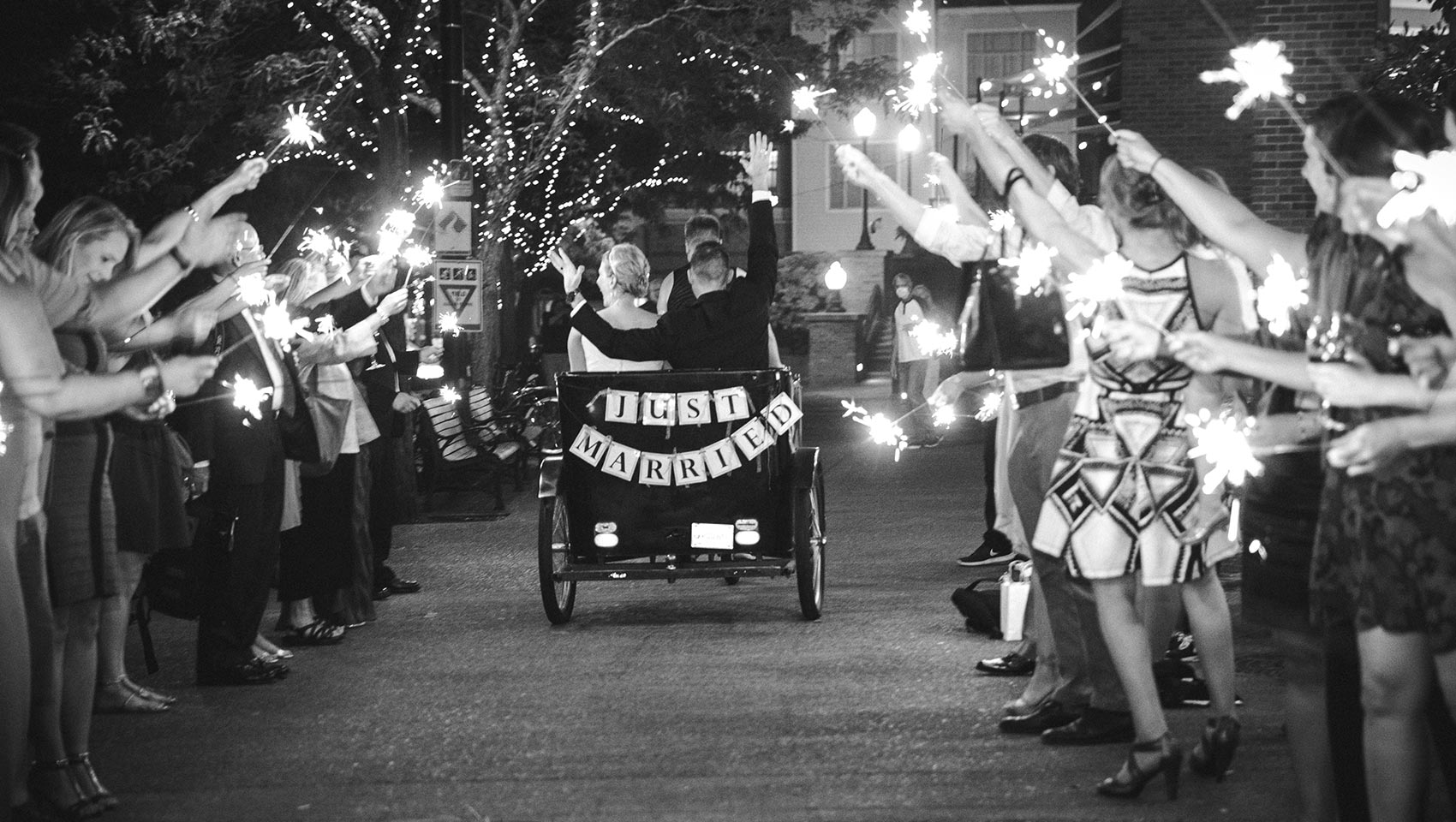 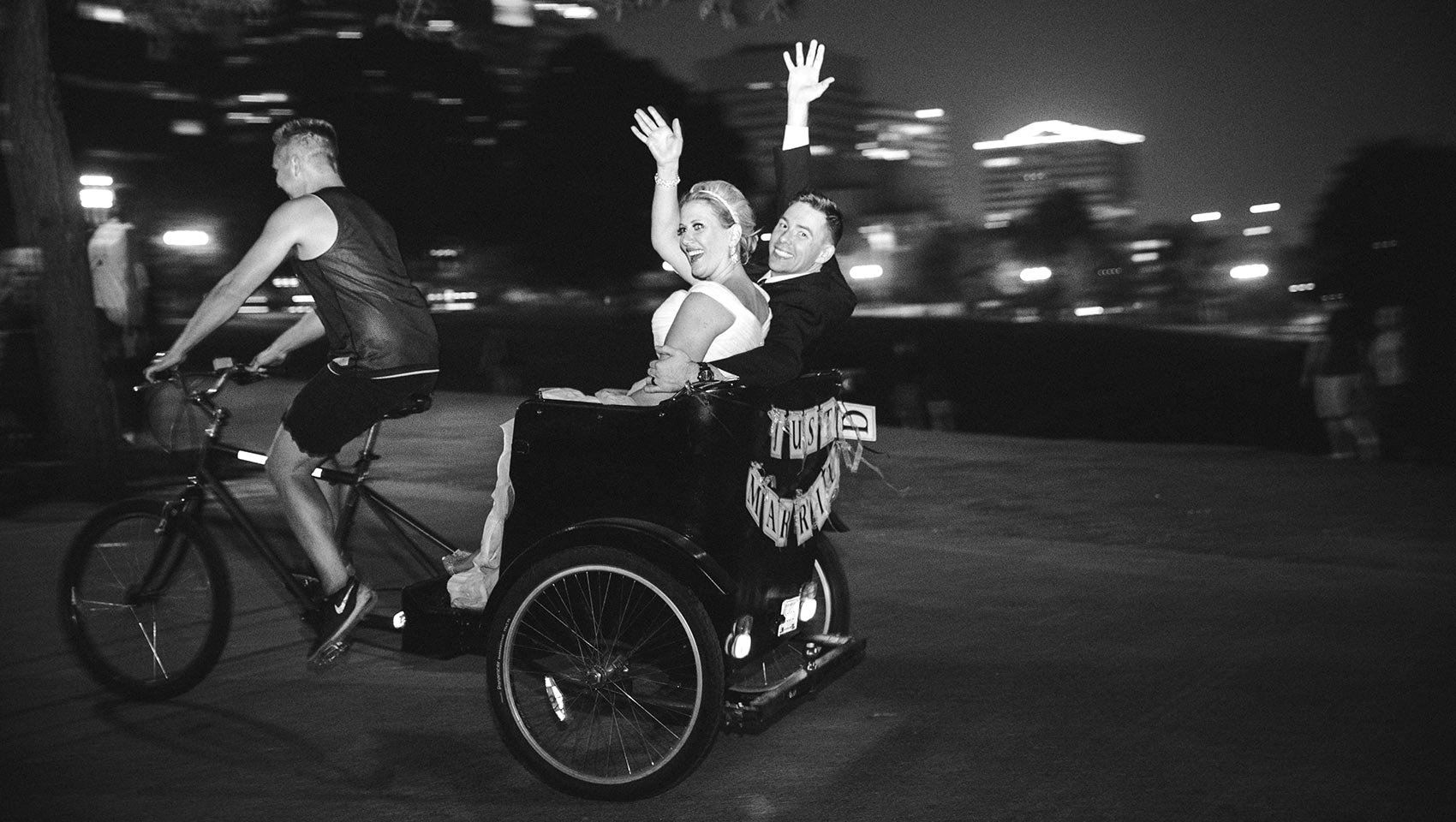 “Our wedding was just perfect. Plain and simple.” 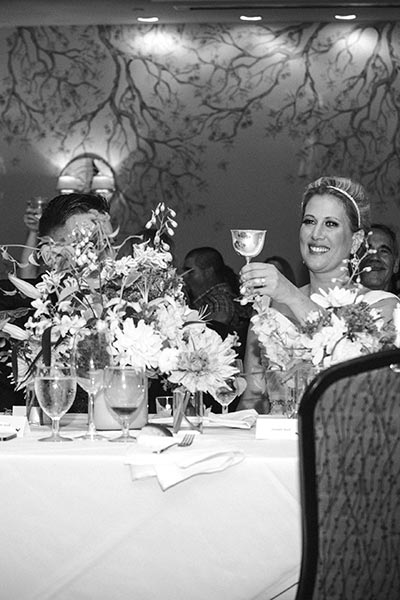 “We had to re-plan our entire wedding in three weeks, and we could NOT have done it without Josh’s help.” 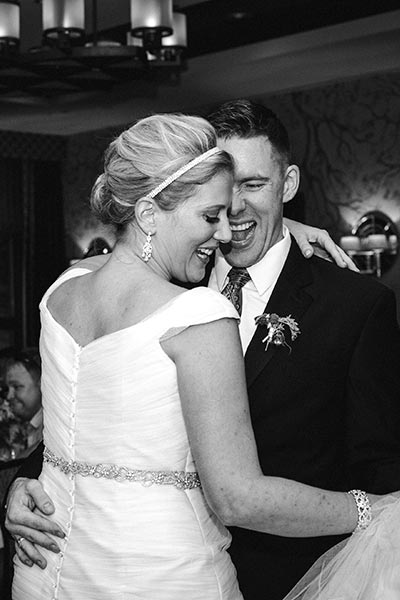 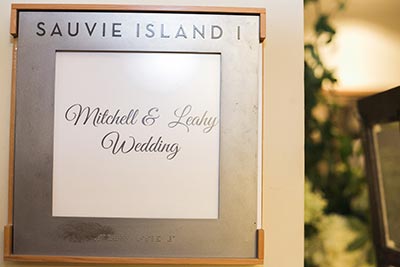 The guitar-accompanied ceremony took place on the lawn, overlooking the yacht club and two of Portland’s bridges.

The reception was held in the “unique and beautiful” ballroom. 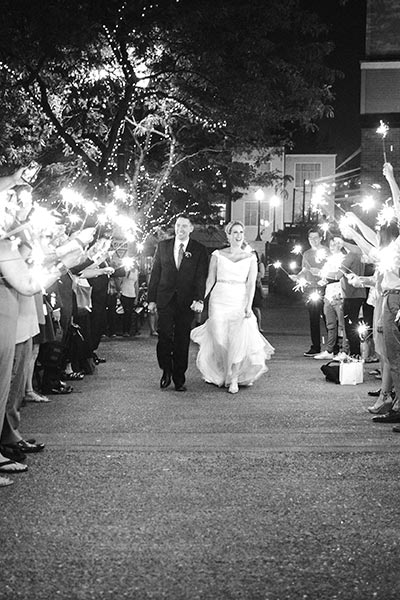 “Erin looked amazing, our daughter Kylie was such a cutie, and my dad, who performed the wedding, did such an amazing job. Of course I cried. I was just so happy.” 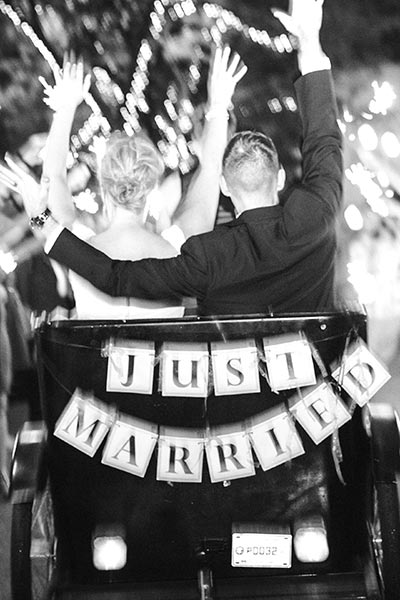 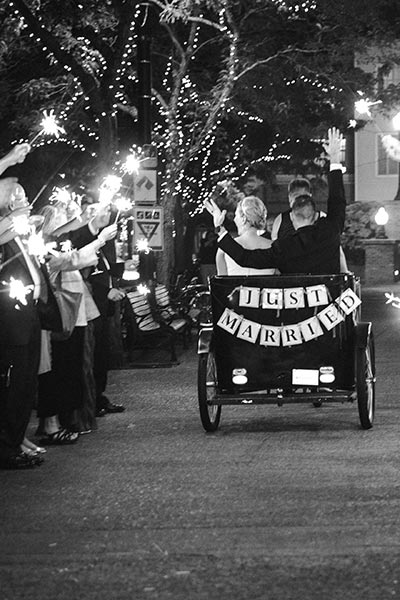 In a serendipitous twist, a fireworks display went off over the waterfront, and they comment, “Our sparkler send-off was beyond beautiful.”

The pair found the food amazing, and they claim that everyone had a blast.

The couple had minimal flower arrangements, accented by votive candles that created a beautiful warm light and wonderful, intimate feel. 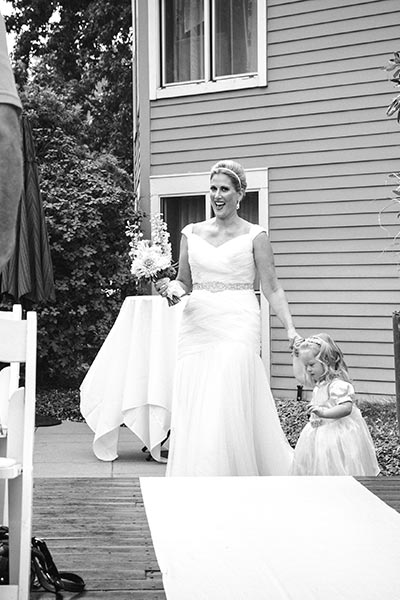 “We had a pedicab take us around the city with people all over town cheering us on.”